Despite of her doing some naughty remarks and actions to the press, the Transformers star Megan Fox still continues to create a name in Hollywood as she hailed to be the Choice Female Hottie during the 2009 Teen Choice Awards. Wearing a YSL dress, Megan was able to package her sexy hot physique. The beautiful face of Megan Fox is undeniably noticeable even if she will not throw some beautiful smile. The short and sexy dress of Megan was also able to display her long and flawless legs. With numerous awards received, Megan is not far to stardom already and it already has begun as she rub shoulders with other known stars like Vanessa Hudgens and Hugh Jackman. 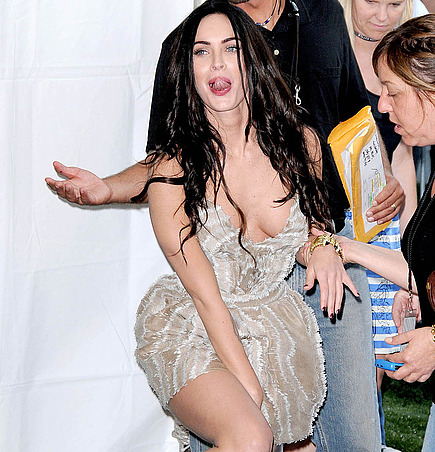