Audrina Patridge is a babe, at least according to me. Her babe-ness seems to be a hotly debated topic when I post about her but I stand by my initial statement. Here at Wet Republic in Las Vegas, Audrina looks just as one would expect but she also looks like she’s having a pretty great time. I’m guessing this was some sort of birthday celebration, what with the cake looking thing and all. I could be wrong though. In any event, I like the mismatched bikini. It’s a bold choice but it works for her. I think Audrina is looking healthier with each photo set I get of her and that’s nice to see as well. I’m still not sure whether or not I’d called myself an Audrina Patridge fan but she’s hot. I’ll say that much for sure. 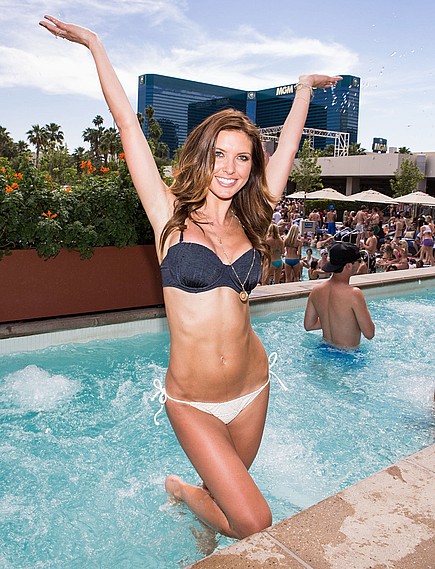