Sexy Bikini Pics Of Nicole Scherzinger Having Fun At The Beach.

The last time I posted about Nicole Scherzinger, I mentioned Nicole’s lack of success with her solo career and wondered if there was something about Nicole the public didn’t connect with. In the comments, a user named Mike pretty much hit the nail on the head. Nicole is lacking in the personalty department in a big way. Nicole is clearly gorgeous, talented and in fantastic shape but there is something hollow about her public persona. That’s a real shame. I enjoyed her on “The X Factor” but after reading some of the reviews of her time on the show, I think I may be among the minority on that one. Here in Mexico, Nicole is her typically gorgeous self and she really does seem to be having a good time but now that it’s been pointed out, I find it hard not to notice that the photos don’t really look natural. While this was clearly a photo shoot, many performers will be able to pose without looking like they’re posing. Perhaps this is something Nicole could work on. She might have more success. As Mike pointed out, personality counts for a lot in the entertainment industry and I’m inclined to agree. 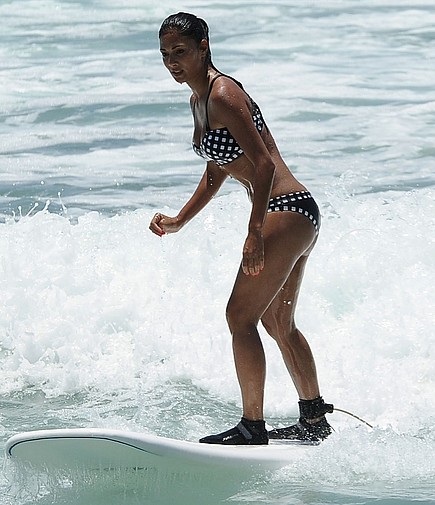