Beautiful young actress did a sexy photo shoot wearing various dresses where all looks great on her. Known for her great portrayal on roles as Brooke Davis in One Tree Hill and Grace Abrews for the movie The Hitcher, Sophia was also hailed as one of the sexiest woman by FHM and Maxim magazines. If you have watched, her movies and TV appearances like the Hitcher, you will definitely agree that Sophia is hot just like how she looked in these photos that HQ Celebrity has. The black dress shows her curves while the black and white one shows the casual yet attractive Sophia. 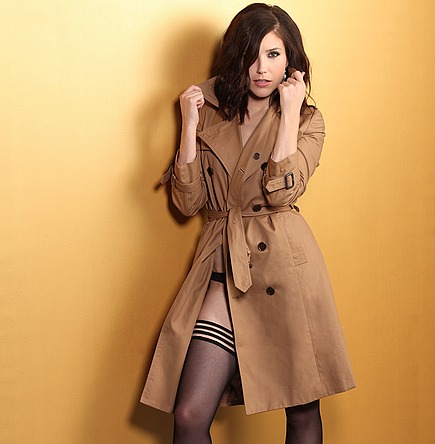