Rebecca Romijn was seen in Woodland Hills, California. Romijn looked shapely in her sweat suit. She has thrown off her pregnancy weight since late December. People have speculated on her fast recovery and re-entrance into the Hollywood social circle. Romijn and her husband, Jerry O-Connell, attended the wedding of Fergie and Josh Duhamel on January 10. Romijn declined to comment on her schedule on getting back in shape. Walking and exercising seem to play a big part of it. 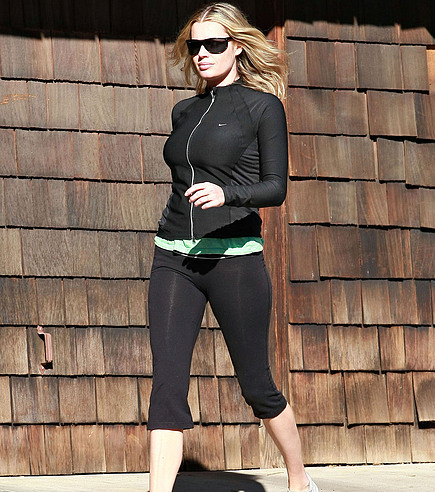