Shauna Sand is like an old beat up classic car that someone has lovingly restored in their garage. Many of the original parts have been worked on, cleaned up or completely replaced but after a lot of work and a lot of money, the end result looks pretty sweet. Honestly though, I honestly don’t believe there is a woman in Hollywood that out-trashes Shauna. I have to admit though, here at a Medical Marijuana Store in Hollywood, Shauna looks a little less trashy than usual. Her usual lucite heels have been replaced with something a little more modest. Those lips though – good heavens. Anyway, Shauna Sand … I don’t know what else to say about this woman. I do like the dress though although if I were to wear it, there would probably be jeans under it. 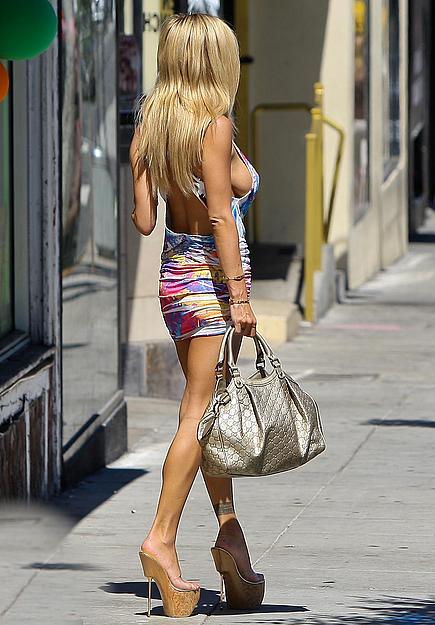