Mischa Barton was spotted at the Byron & Tracy salon in Beverly Hills. She has been spending quite a lot of time on her hair of late. She was seen without her shoes, sporting a styling cap and was rushing towards her car to get her cigarettes. The actress had changed her hair colour from brunette to blonde previously and was trying to put an extension to that look at the salon. The good thing about Ms Barton’s experimenting was that it was perfectly suiting her since it’s difficult to get it right when someone changes hair color so completely. 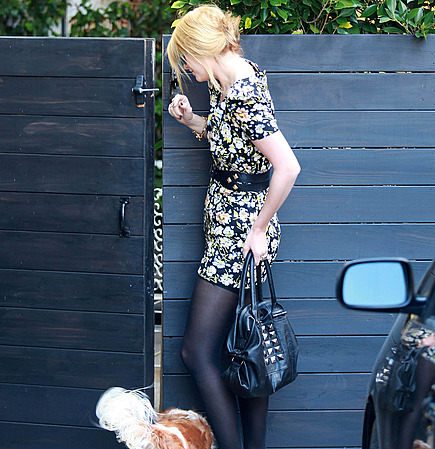