Sophie Simmons Gets A Pedicure

Wearing bicycle shorts and a t-shirt, Sophie Simmons hit the town for a day of pampering. On her way in for a pedicure, Sophie seems to be having fun playing around with the cameras following her. For those who don’t know, Sophie is the daughter of Kiss rocker/reality star Gene Simmons. From 2006-2010 she was star of Gene’s reality show “Gene Simmons: Family Jules” but has pretty much stayed out of the limelight aside from that. I’m generally not a big fan or reality stars or people who are only famous because of who their parents are, but I like Sophie. She seems like a pretty normal girl. I hope she continues to fly under the radar. No one likes an over exposed celeb spawn. 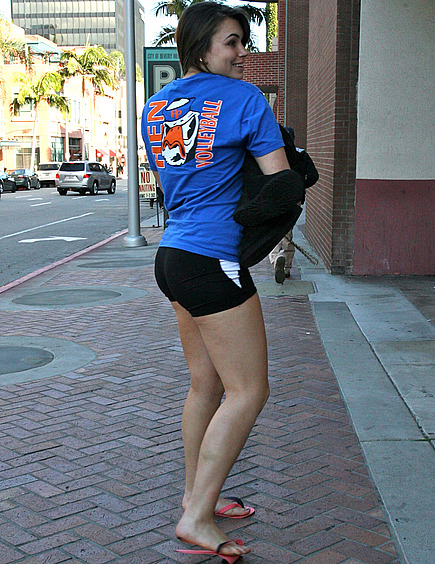