Stacy Ferguson Back Up

Stacy Ferguson wore a sexy, short dress to sing at The Venetian. Fergie did a naughty move with her “back” up in the air. Fergie had just gotten married around Jan. 10 and she has not taken her honeymoon yet. Fergie and Josh Duhamel had several vacations together in the past so they were not in a hurry to go on another. The public had a peek into the wedding invitation card which was encrusted with crystals. Fergie was so secretive that she gave out the cards after her wedding. 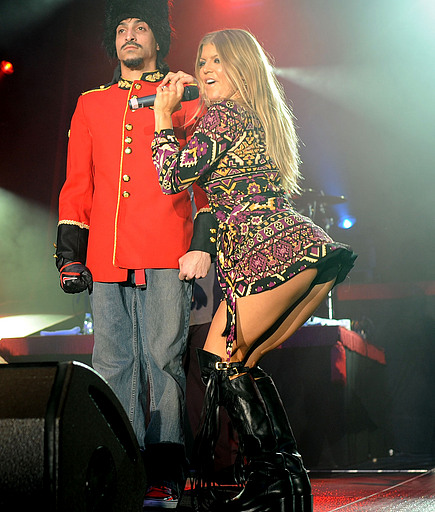