Stacy Keibler is an actress and manager and also former professional wrestler for World Wrestling Entertainment and World Championship Wresting. She has been spending several days at the exciting Fountainbleau Resort that is situated in Miami Beach. The 30-year-old gorgeous actress-model demonstrated her amazing body on New Year’s Eve. She was seen in a straw hat and hot pink bikini. Not so long ago Stacy Keibler together with Rachel Bilson were on the road on the 100th episode of “How I Met Your Mother”. The film will be released on January 11, 2010 on CBS. 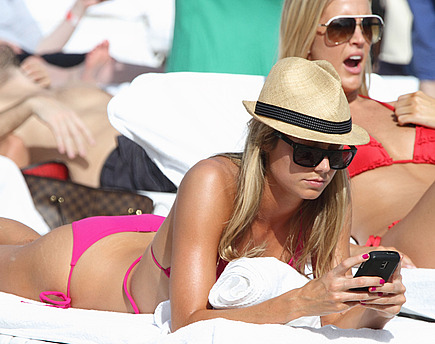