Its another day, another bikini for Stephanie Seymour as she showed off her delicious hour glass figure on the sands at St. Barts. Seymour looked gorgeous in her blue bikini. Seymour looked settled into her idyllic life as a retired former supermodel. She played beach games with her daughter Lilly, 4. They were accompanied by some other children. Seymour’s husband, Peter Brant, also joined his family at the beach. Seymour and Brant have been married since 1995. 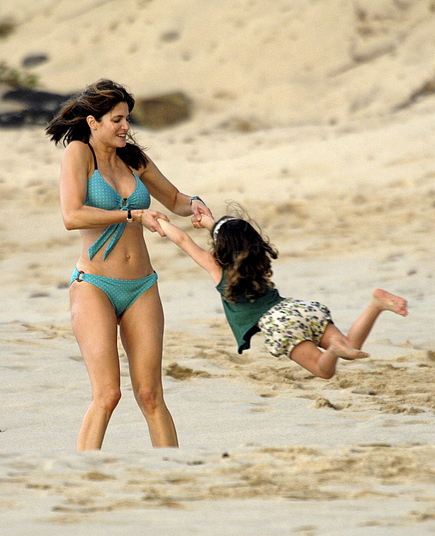