Wearing a cream Georges Hobeika cocktail balloon dress, Vanessa Hudgens was able to show some legs during her movie Bandslam premiere, which was held at Mann’s Village Theater in Westwood California. The cutie actress was even kind enough to take photos with fans. The High School Musical star’s dress was accentuated with a nice black necklace and cute black shoes, which made her looks stunning. Aside from Bandslam, Vanessa still have upcoming movies inline including the Beastly and Sucker Punch. Flowing through her veins is not only acting but also singing and her albums V ad Identified is a proof enough that she good not only in the movie industry but also in the music scene. 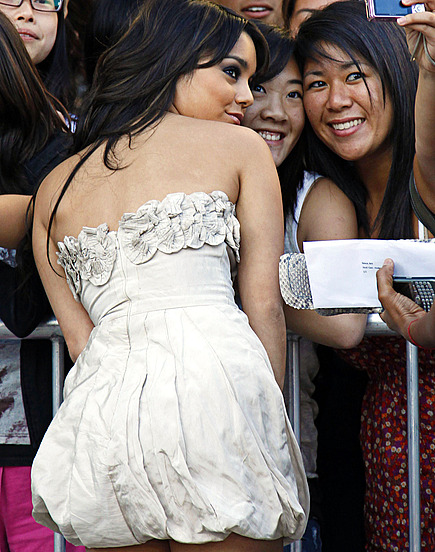