Taylor swift, who is known for her country style singing, has been a frequent favorite on award show stages both as a recipient of awards, as well as, performing on the stage. Taylor and friends were recently spotted enjoying some wonderful times at St. Kilda beach in Melbourne, Australia. The teenage singer was in full spirits along with friends singing and enjoying by swaying to the waves and sands on the hot beach wearing a short purple dress. Taylor will be performing at the Rod Laver Arena before her performance in Adelaide. She was hugely criticized by the media of late for her live performance with Stevie Nicks. 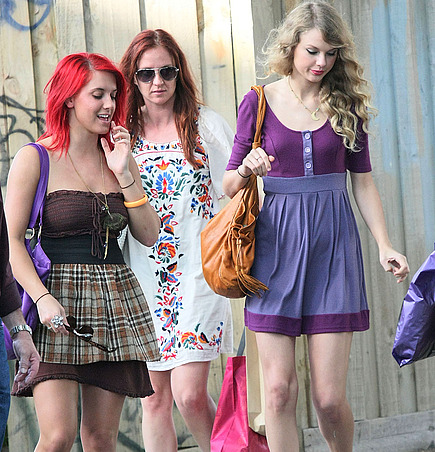