Taylor Swift Is Going To Be A Knockout

Country girl sweetheart Taylor Swift is for sure going to be a knockout! She may still be a teenager now but the “Tim McGraw” and “White Horse” singer will definitely become a heartbreaker with her looks and long legs. Just look at these photos and I’m sure you’ll agree with me! Here’s Taylor performing during the Grammy Nominations concert live in Los Angeles recently. The ex girlfriend of a Jonas brother, I’m sure Taylor is saying, “Who’s sorry now?” 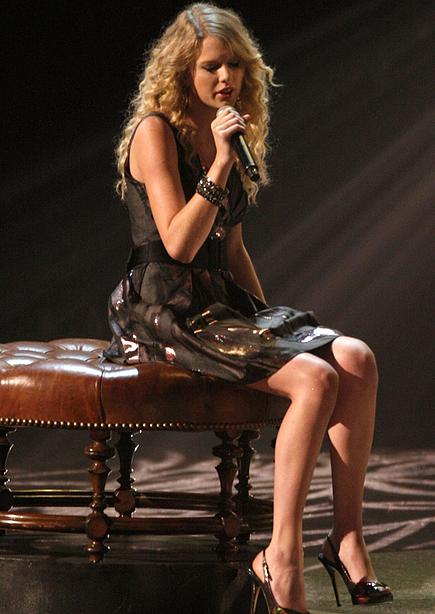