Taylor Swift Performs At The Grammy’s

I don’t understand why so many people seem to hate Taylor Swift. I think she’s a beautiful, talented young lady that seems to be fairly down to earth. Yes, she has had some problems (a lot of problems) in the romance department but some on – at her age, isn’t that kind of normal? I guess it’s a bit different when she seems to write songs about many of the guys she’s been in relationships with but I don’t think that’s all that unusual either. Adele wrote most of “21” about her ex. Writers write what they know and Taylor knows about boy troubles. Maybe she could be a bit more discrete about it but hey, maybe subtlety isn’t her thing. All that aside, I thought she looked great at the Grammy Awards in LA. I liked the outfit and I thought her performance was decent. I’m not her biggest fan, but I think she gets far more hate than she deserves. 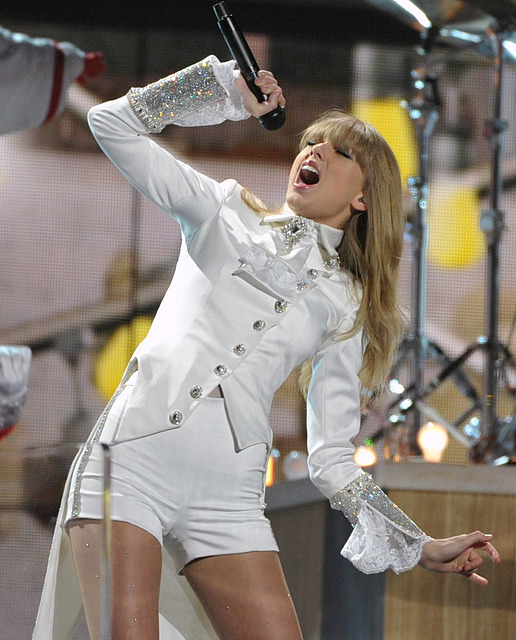 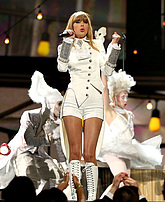 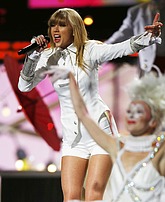 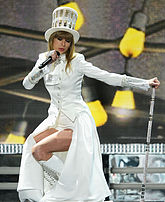 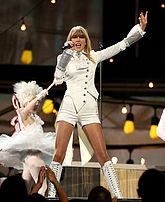 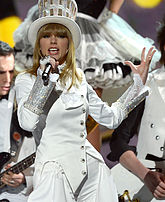 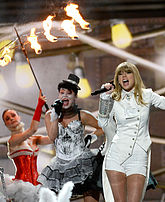 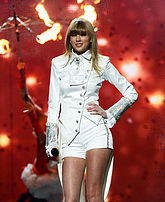 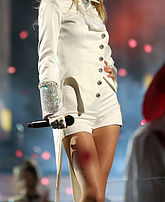 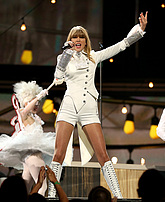 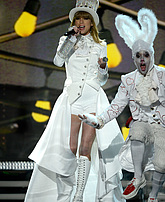 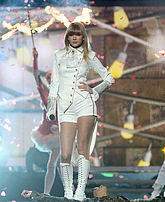