Teresa Palmer Goes Without Makeup At The Beach.

So maybe Teresa Palmer is a little more attractive when makeup is giving her a helping hand but I still think she’s gorgeous without it. That probably has something to do with the fact that I’m madly in lust with her. I guess that makes me a little bias. I find it incredibly alluring when a celebrity woman has the guts to go out without makeup, knowing she will be photographed. For the average woman on the street it’s not really a big deal but the average woman on the street isn’t going to have her makeupless face splashed across magazine covers and all over the internet. The average woman also isn’t constantly compared to pictures of herself in which she was worked on by a team of professional hair and makeup artists. I have tons of respect for a famous woman who isn’t afraid to let her bare face show and for that reason, I have tons of respect for Teresa. 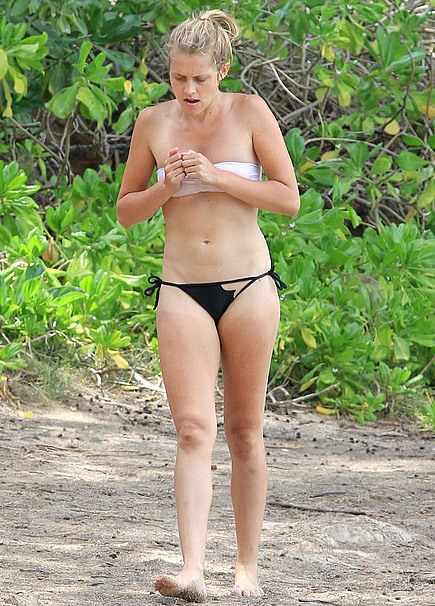