One of the hottest Hollywood star Tara Reid was spotted soaking up the sun in Saint Tropez with her tiny blue bikini along with a friend. Tara still has nice boobs after all these years and the body curves are still sizzling hot. The American Pie star, was known to be into Promises Rehab Facility in Malibu for Alcoholism and Anorexia treatment. After discharge the sexy actress was again working and has landed two movies roles. Aside from that, she has also designed a clothing line entitled Mantra. It is good news for Tara that despite of the career fallout she had, she still managed to stand back up. 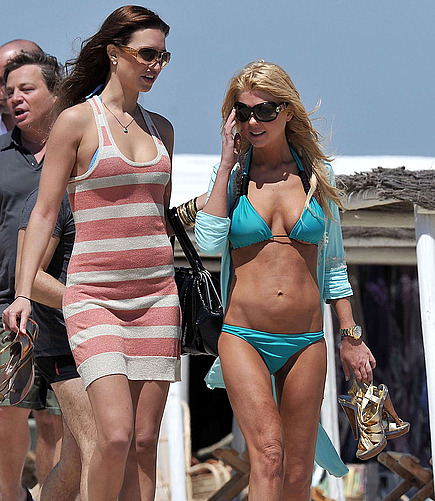