Wearing a beautiful smile, Vanessa Hudgens is undoubtedly so gorgeous in her aqua blue spaghetti strapped dress, while posing for photographs during the LG Rumorous Night party at the Andaz Hotel in West Hollywood together with High School Musical co-star Ashley Tisdale. The High School musical star continues to live in stardom even after the cameras of High School Musical has stopped rolling. Vanessa has just finish filming with the movie Bandslam which will be having its release in mid-summer of 2009, and she will also start filming for Beastly on summer playing the main role Linda, which is expected to be released on 2010. 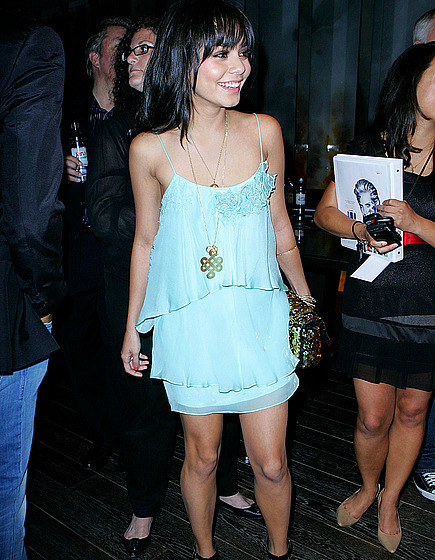