Scary Movie star Anna Faris is undoubtedly the hot chick the moment she was spotted having a good plunge at a beach in Maui, Hawaii with fiancée Chris Pratt. Wearing a white two-piece bikini, Anna looks stunning and fresh. There were speculations that the couple already is married, and in these photos, they are noticeably intimate while having a good time as they plunge to the beautiful water. There were also wedding bands that are visible on their left ring fingers, which can be a proof of being married. The celebrity couple is currently in Hawaii for the Maui Film Festival. 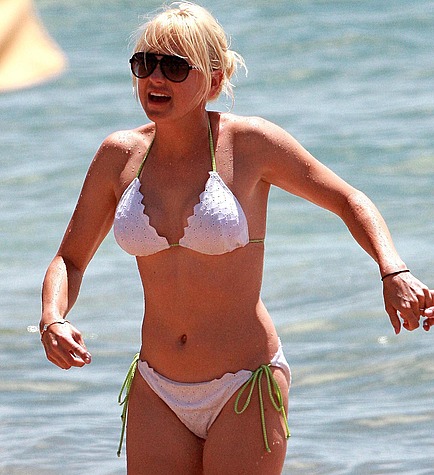