The Sexy And Skinny Stephanie Pratt

While on the set of The Hills, Stephanie Pratt and Kristin Cavallari are having so much fun as they splash to the cool and clear waters in Malibu. While filming a scene for their reality TV The Hills, Pratt seemed filming her own show as well, as she catches the Malibu crowd’s attention with her pink and white bikini that made her look a little bit skinny yet super sexy. Stephanie did some water rafting and was in all smiles as she race back to shore. Stephanie’s long legs surely catch every man’s eyes that surely did some girl watching in Malibu Beach. 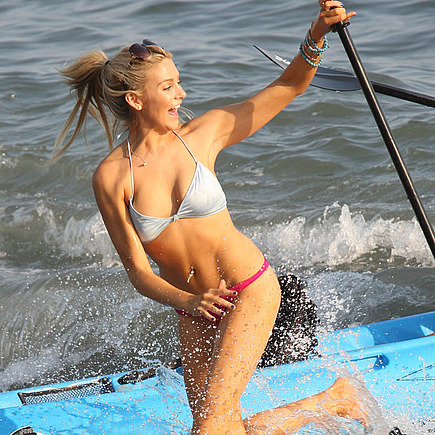