The world’s richest supermodel Gisele Bundchen is the cover girl of Japan’s Numero Magazine in their June 2009 issue. During the pictorial, Gisele has a ravishing look in her super sexy outfits. The black lace dress emphasizes Gisele’s beautiful curves, while the gold upper garment and black pants shows the sporty version of the 28 year-old highest paid Brazilian supermodel. There can be some skins as well in this hot and sexy pictorial session of Gisele. Bundchen has already appeared to over 500 magazines as cover and the Numero Magazine of Japan is a mere addition to her magazine cover jobs and million-dollar income. 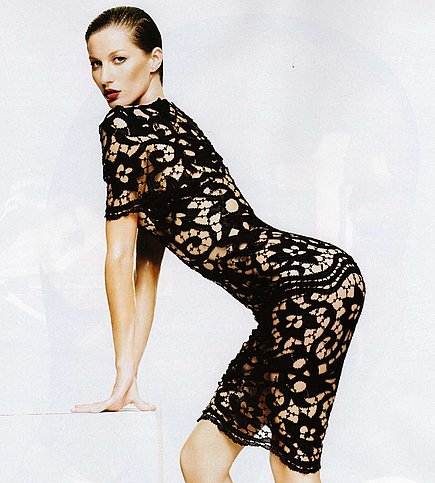