The Young And Fresh Hayden Panettiere

Spotted when visiting a friend, the Heroes starlet Hayden Panettiere looks young and fresh in her casual denims, white upper garment, flip-flops and the powerful flower. Latest news says that Hayden has auditioned for Footlose, which is going to have a full-blown musical version. It is possible for Hayden to get the role of Ariel Moore, since she already sang many soundtracks before and did pretty well including Try for Bridge to Terabithia in 2007 and I Still Believe for Cinderella III: A Twist in Time. Though country singer Julianne Hough is also being considered for the role, I still believe that Hayden will get the job. 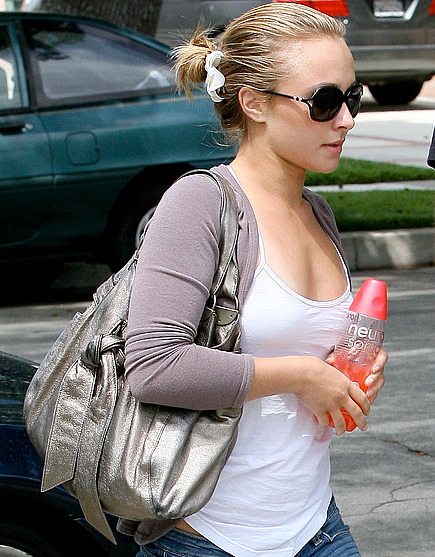