Vanessa Hudgens went out shopping at Fred Segal’s, in Santa Monica. She looked great in her casual chic and a pair of lacy, strappy heels. Hudgens attended Tue. night’s finale of Dancing with the Stars. She sat next to Kristi Yamaguchi and told People magazine this was her first attendance at DWTS. Hudgens said it was a great feeling. Brooke Burke, the champion, had two daughters who were excited to meet Hudgens and she chatted to them. 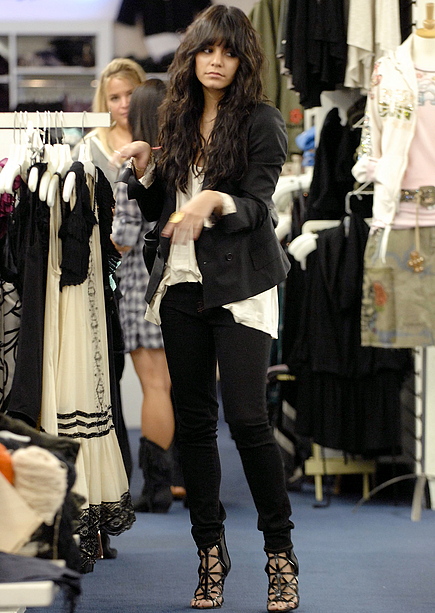