Vanessa Hudgens and her real life boyfriend, Zac Efron, went to Staples Center in L.A. Tuesday night to watch the game. The High School Musical Stars brought good luck to their home team, the Los Angeles Lakers. The Lakers had a narrow victory over New York Knickerbockers, winning 116 – 114. Efron and Hudgens had ringside seats and played up to the cameras. Efron and Hudgens went cosy and played at being little love birds, while we get the pictures. 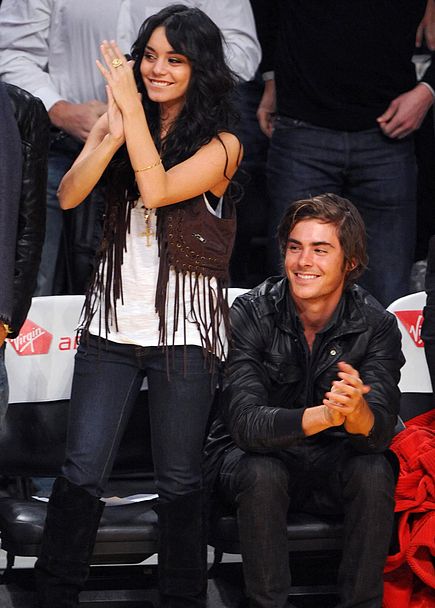