Here are our lovely Victoria Secret models with their clothes on! They were in the store doing a promotion. Victoria’s Secret was recently sued by a customer who claimed that the lingerie company used a chemical in the bra’s material that caused her to develop a rash. The company denied using chemicals in the manufacture of their bras. The lawyers for the victim said they had records of around 200 women who suffered similar symptoms. 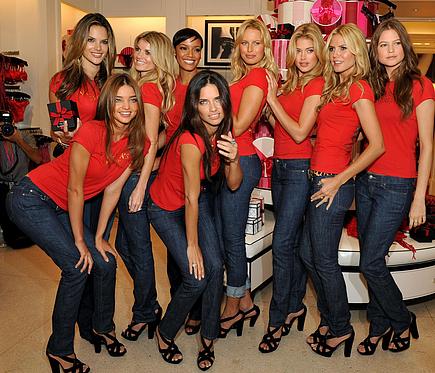