Victoria Silvstedt just got hotter on these daring bikini poses she has in the photos HQ Celebrity has. She even has a lip gesture that made her look even more daring. Wearing a black bikini, the Playboy’s cover girl shows many of the beautiful parts she has. The stunning legs, shapely body and nice ass are all visible in these photos of her. Featured in numerous known magazines, the former Playboy centerfold speaks Swedish, French, English, and Italian, which turns her into dubbing three movies in Italian. Aside from modeling, Silvstedt is also an actress, singer, radio and TV hostess, and a former national-level skier in Sweden. 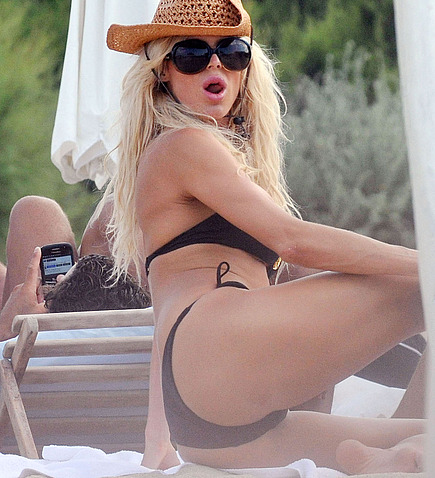