Victoria Silvstedt Is So Hot

Male magazine Playboy centerfold model Victoria Silvstedt looks so hot in her tiny bikini while enjoying the hot summer sun at the Marbella Club Hotel in Marbella Malaga, Spain. Hanging out with a friend, the sexy and saucy model and actress still have a lot to show from her body despite of her being a 34 year old woman. Guys will definitely get envy seeing that lucky friend of her putting on some lotion unto her body. Currently, Victoria is already playing some lead roles to European films that are based in Italy. Victoria also appeared on Melrose Place, an American TV show. 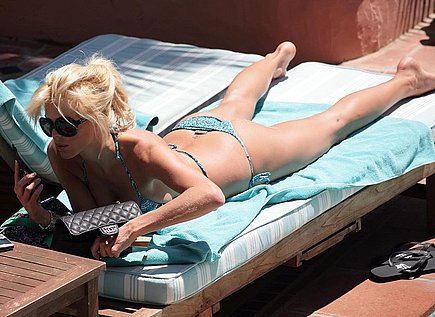