Here’s the thing about Victoria Silvstedt. Everything I write about her, I write about how hot I think she is and how great she looks in whatever pictures I’m posting because, honestly, I’ve never seen a bad set of photos of this woman. However, there seem to be a lot of people who disagree with me. I’ve read some comments on past posts that are, well, a little “unkind” to say the least and apparently, it’s my turn to get in on that. I’m not sure what it is about these pictures from Miami – perhaps the fact that she isn’t wearing sunglasses in a few of them – but they’re really not the most flattering photos. Sure there are a few great shots but some of them really don’t show her in the most flattering light. The first picture? Fantastic. She looks killer. However, in the photos of her without her sunglasses on, she sort of reminds me of Shawn or Marlon Wayans in “White Chicks”. In other words, she looks like a man dressed in drag. I can’t possibly be the only person who sees that. She’s still very pretty but she’s just a very masculine kind of pretty. Not sure how I missed that before. So sunglasses really make that much of a difference? 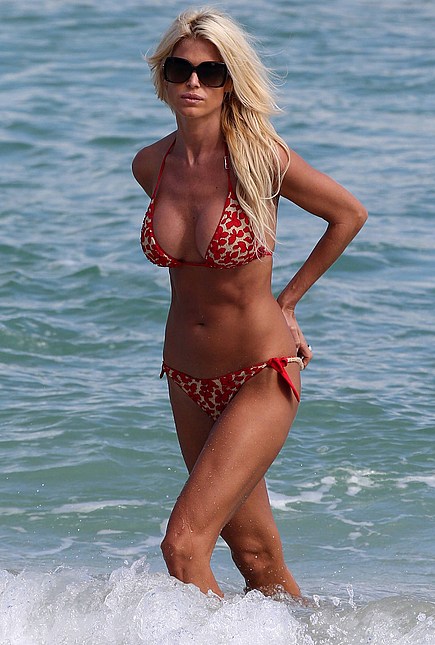