Victoria Silvstedt Shows Off Her Bikini

Victoria Silvstedt is a Swedish model and actress, moreover, she is regarded as one of the beautiful women in the world. The model was noticed in St. Barts where she was taking a tan. Victoria looked amazing as usual, she dedicated time to pleasure around the Flamands Bay beach where she was seen in a small white bikini. Also she spent a wonderful holiday during which Victoria visited a magnificent New Year’s Eve party of Roman Abramovich. Apart from Victoria Silvstedt one could observe such celebrities as Beyonce, Miranda Kerr, Orlando Bloom, Gwen Stefani, Lindsay Lohan as well as Jay-Z. 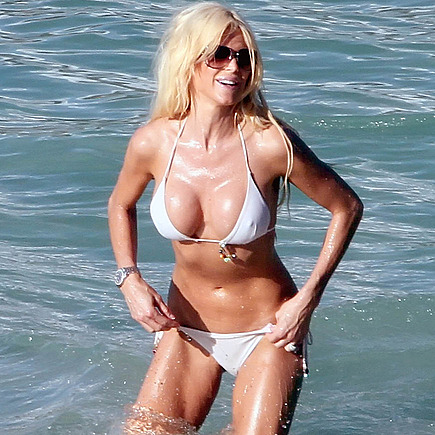