Victoria Silvstedt, a popular TV model, proves she is one hot sexy Swede as the buxom blond model was spotted at the Miami Beach wearing a teeny-weeny black colored bikini. She proved to the world that she still is in her finest form with her gorgeous tanned body. This Swedish model recently turned 35 and had first appeared first on the 1996 issue of the popular magazine Playboy. She was later approached by Hugh Hefner. The subsequent year she was the playmate of the year and attained fame. She has also shown her skills in acting with TV shows like ’Melrose Place’ and also in MTVs series ‘The Real World’. 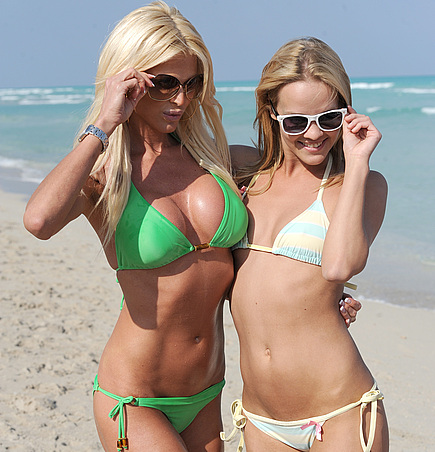