That was really breath-taking to watch Amelle Berraba tanning in the sun and changing her bathing bikinis every day. She is one of those hottest babes from Sugababes and is just 25 years old. Barbados is a lovely place to have a rest after tiring tours and exhausting performances. Having a great time with her sister Laila, she’s taken all the pleasures from the warmth and relaxing atmosphere of Barbados. Nevertheless, she expressed some feelings of boredom in relation to hot temperature in Barbados while updating her fans on Twitter, saying that she would like to spend some time in Britain. 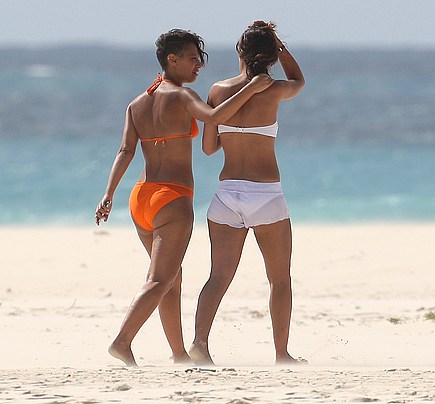