Whitney Port Hangs Out By The Pool In Miami

Out of all the reality stars out there, I think Whitney Port may be my favorite. It should be noted that I’m not exactly the biggest fan of reality stars so that probably isn’t the compliment it appears to be. I guess that’s not entirely fair. I do like Whitney and I actually like her quite a bit, but that has a lot to do with the fact that she doesn’t seem as desperate to hold on to her fame as some of her contemporaries. Sure she isn’t the most traditionally attractive woman at the pool but I think that makes her more appealing in a strange sort of way. Here hanging out with some friends at a Miami pool, Whitney looks like she’s having a great time and she looks lovely while she’s doing it. 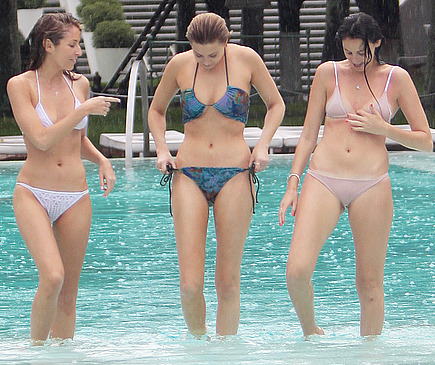