Whitney Port and her friends were spending time out on Miami beach. She looked pretty in her strapless bikini top. Port was accompanied by her boyfriend, Jay Lyon. Port and her entourage sunbathed. The party ate at the outdoor restaurant. Port will become a very busy celebrity when she returns to work. Lauren Conrad, Port’s co-star on “The Hills”, lavished praise on Port and her fantastic show. However, Conrad said she would back off if she were asked to make a guest appearance. 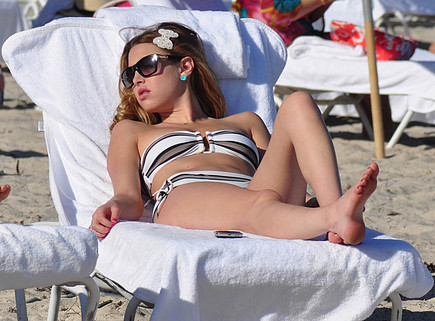