MTV reality show The Hills star Whitney Port was spotted while having fun doing some sunbathing at the Central Park wearing her black lingerie. Whitney is having so much fun as she sit down on the grass happily. One of the photos even shows Whitney raising her right legs, which I do not know the reason behind Whitney doing it. That leg raising might had happen, but upskirt enthusiast might get upset for nothing is visible in this one of a kind pose. Wearing her black lingerie, Whitney was also able to show off her nice figure and some nice long legs. 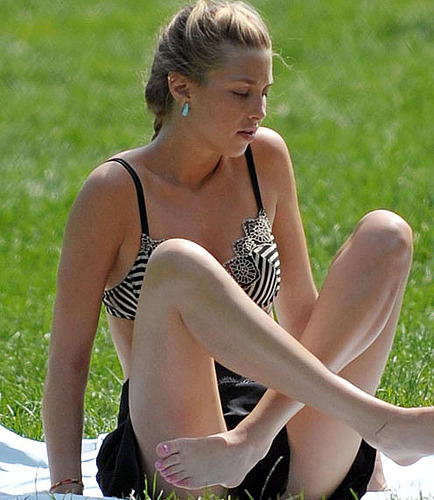