Like many people my age, I had no idea who Zendaya Coleman was before she appeared on Dancing with the Stars last season but by the end of said season, I was calling myself a Zendaya fan. Now that a new season of DWTS has arrived and the cast is better than ever, I’m kind of cooling toward Zendaya a little bit. I still think she’s great but yeah, I don’t love her quite enough to give her a pass on this outfit. In these shots, we see Zendaya leaving an office building in New York wearing a dress that does her absolutely no favors. Yeah … not a fan. All the same, she looks cute aside from the dress so I have to give her credit for that. 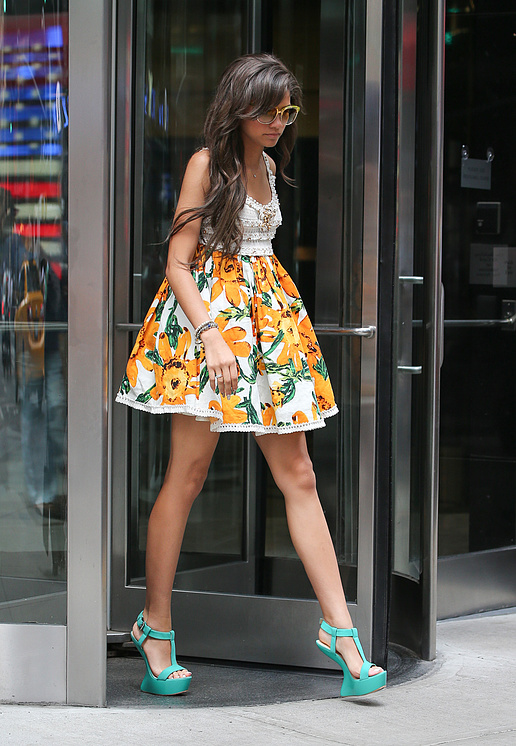 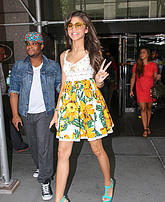 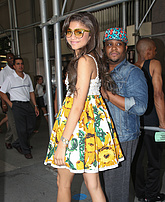 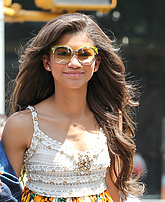 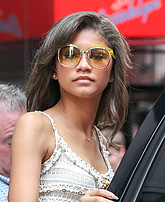 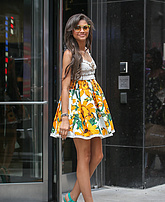 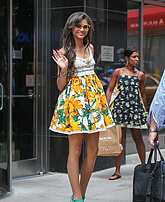 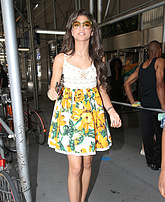 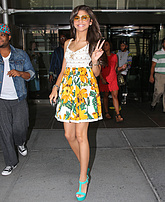