I’ve always been a big fan of Lenny Kravitz and Lisa Bonet. Now, all these years later, I’m finding that I’m also a fan of his daughter, Zoe Kravitz. I remember seeing her in her first film roles back in 2007 (“No Reservations”, “The Brave One”) but it wasn’t until her appearances on Showtime’s “Californication” that I really started recognizing what a talented young woman she is. She’s obviously incredibly beautiful but she has the real, natural talent to have a successful and long lasting career. Her role on “Californication” not only showed off her acting skills but also gave a boarder audience a glimpse of her skills as a musician. Here in South Beach with her boyfriend, “Gossip Girl” actor Penn Badgley, Zoe seems to be relaxed and at ease, enjoying her time with her boyfriend with little attention paid to the cameras snapping pictures. I love this girl. She is, without question, one of my favorite young celebrities working in the industry today. 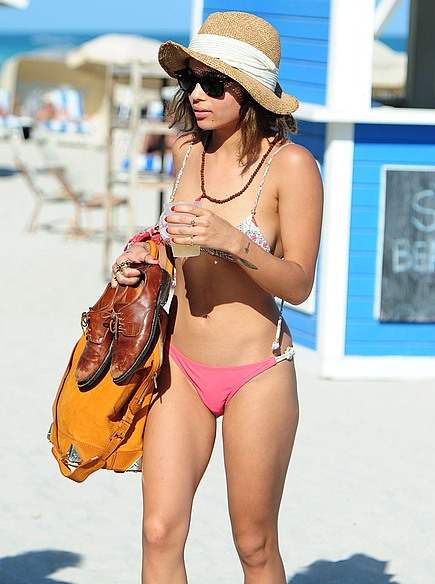