There has been a lot of talk about the new Wonder Woman costume but in all honesty, outside of references on “The Big Bang Theory” I’m not really familiar with Wonder Woman. This is what I see. Adrianne Palicki is wearing a red vinyl top, blue stretch pants and red vinyl boots. I’m aware the old costume is really more of panties instead of the stretch pants, but other than that, is there a difference? I think she looks hot. I thought that was really the important part. I honestly can’t see this show being popular anyway. I could be wrong. In fact, my stating my skepticism over the show will likely mean it’ll be a hit. Here’s a fact about me I don’t often cop to. When I saw an entertainment news show discussing the making of “Titanic” I actually said, “Ha! Like anyone’s gonna go see that. What a waste of money.” Yeah. Take my predictions with a grain of salt, folks. I clearly have no idea what the eff I’m walking about most of the time. 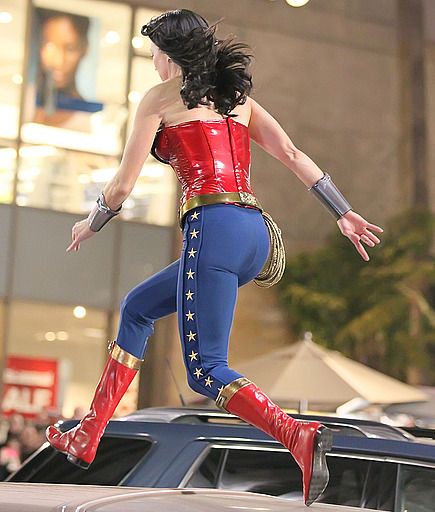