Up until a few weeks ago, I’d never seen the name Aida Yespica but lately it seems I’m seeing it nearly every week. I’m not complaining, mind you. Just wanted to point that out. In this most recent set of pictures, Aide Yespica and Natalia Bush hit the beaches of Miami in little bikinis for a little girl time. I’m pretty happy about that. It’s always nice to see women taking time out for their girl friends – especially when they’re super hot women and they decide to spend their quality time on the beach in bikinis. I’m not a big fan of reality television celebrities as I’ve mentioned what feels like a hundred times (to regular readers as well, I’m sure) but I can make an exception for Aida. She earned her fame as Miss Venezuela which puts her a step above many of the other reality stars who earned their fame by being terrible people on television. 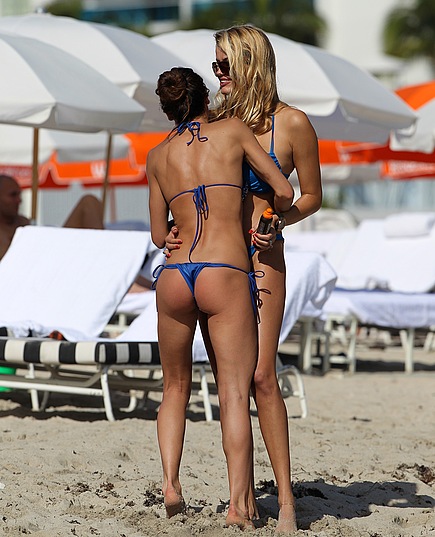