AnnaLynne McCord In A Red Bikini

The title really says it all, doesn’t it? I think these pictures are from a beach scene being filmed for 90210, but who really cares? At this point, is anyone even watching that show anymore? AnnaLynne McCord is far more well known for being the skinny babe with the big toothed smile that’s always flaunting her body in a bikini. I’m not even sure I know what role she plays on the show. And really, who cares? AnnaLynne looks incredible, even if a bit too skinny, in her bikini. It must’ve been cold though. Either that or she’s trying to make the whole bikini under a parka thing a trend. It’d probably work. 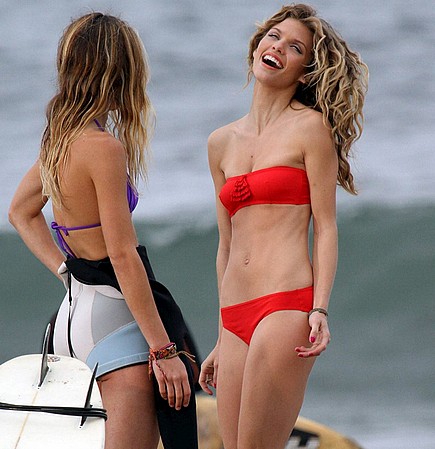