I don’t like to hate on Ashley Tisdale. Of the Disney stars, Ashley is one of my favorites. Considering my feelings on the other Disney stars though, that’s not really saying much. What I like about Ashley is that she has her own sort of confident style. She doesn’t look like she’s always trying to wear the latest fashions, and that’s appealing to me. Here in Studio City, Ashley looks cute and mostly comfortable apart from the camel toe. I remember thinking she was going to have a hard time in Hollywood after she got her nose job at such a young age but, call me naive, I think it was primarily a medical procedure. Okay, so I don’t, but I like the girl, so I’m not going to give her a hard time about what she did so long ago. 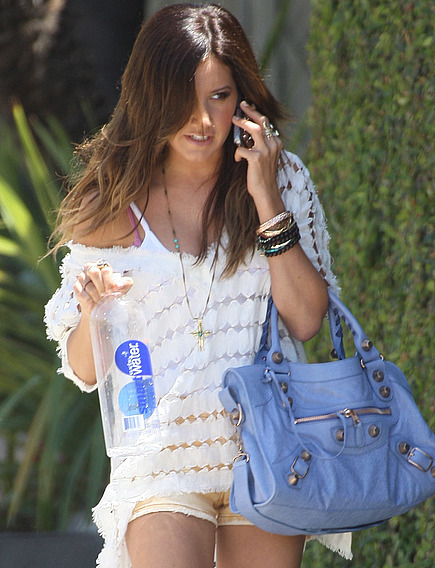