I will be the first person to admit I’m not typically a fan of Disney stars, but I like Ashley Tisdale; at least in theory. She has attitude but the genuine kind of attitude. She doesn’t play it up the cameras. She just seems to like who she is. Before it’s even pointed out, I’m well aware she, very famously, got a nose job during her High School Musical days, but I don’t think there’s really anything wrong with that. That’s old news anyway; over and done with years ago. Here in Las Vegas, the Tis has put all of that behind her and is focusing on her future – while wearing what has to be the smallest bikini she owns. All the same, I hope to see more of Tisdale in the future. She’s one of the few current Disney stars I see having a successful career after the Mouse. 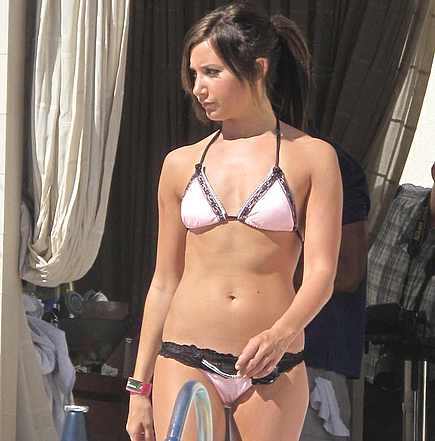