Ashley Tisdale Takes Off Her Shorts In Miami

I’ve never really had an opinion about Ashley Tisdale. She’s kind of always just been a background girl for me. She’s cute. She has a nice body but I’ve never really gotten excited over her. I’ve never really disliked her either though. Neutral. Lately though, Ashley has really been getting my attention and here in Miami she seems to be showing me – and the rest of the world – why we should be interested. Unlike so many of her contemporaries, I think Ashley is really getting better with age. She’s managed to avoid the drama that so many other female celebrities her age seem to get tangled up in and I think that’s because she’s flown so under the radar. She taking her time and I like that. I’m looking forward to seeing where she goes from here. 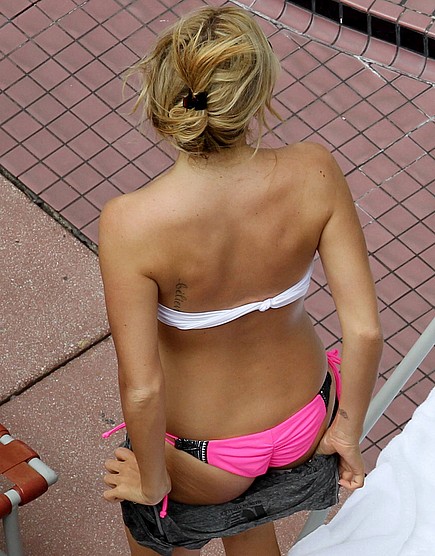