Audrina Patridge was one of my favorite contestants from ‘Dancing With the Stars’ season 11 and I was sad to see her early exit. I don’t think she’s the most beautiful woman in Hollywood, but she isn’t really all that bad. She has a nice body if nothing else which is why I love these pictures of Audrina from Palm Beach so much. She doesn’t need to show it all off in an itsy bitsy bikini to be sexy. I love the shorts. They’re not the most flattering shorts I’ve ever seen her in, but I like that she doesn’t feel the need to jump on the ‘show everything off’ bandwagon. I won’t lie, though. I’d probably like the pictures a whole lot more if the shorts weren’t there and we got a peak at her lovely rear end instead, but hey, you can’t have it all. 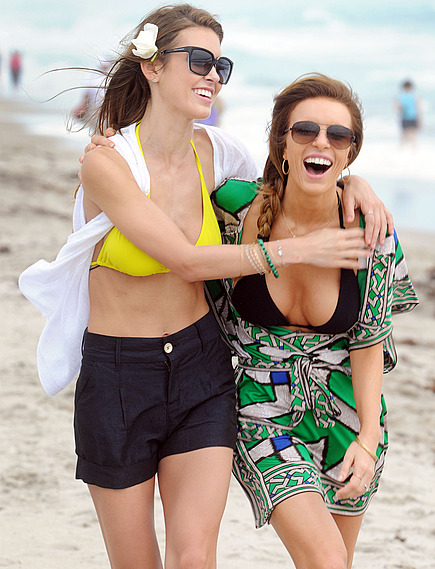