After spending far more time staring at Audrina Patridge’s crotch than I’d care to admit, I’ve decided that yes, that is a camel toe and not just a bunch in her bikini bottoms. Camel toe pictures are fun, aren’t they? It’s like seeing the vag without actually seeing the vag which is perfect for me. To me, the vagina just isn’t very attractive – all wrinkly and whatnot. Anyway, moving on. Here in Cabo San Lucas, Audrina and her camel toe seem to be having a great time. Audrina is weird for me. Sometimes I think she’s hot. Other times, I think she’s only a bit better than average. My way of determining the level of attractiveness of a particular celebrity is to imagine whether or not I could beat them in a beauty contest. Audrina would beat me – and beat me by a lot – but I’d probably have more of a chance against her than many of the other women in Hollywood. I give her a 7 out of 10 on the hotness scale. 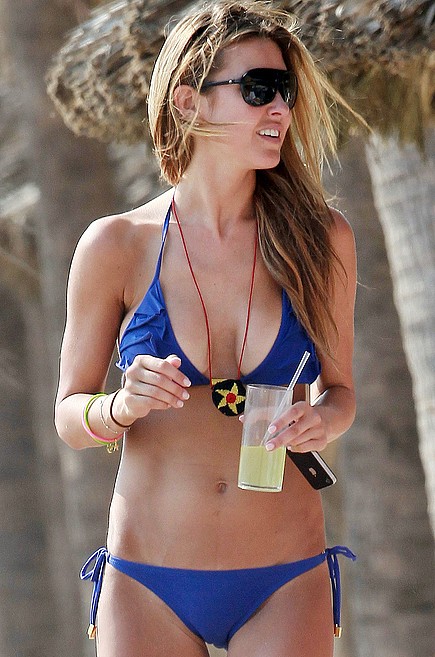