Maria Menounos is a babe. More than that though, Maria is a babe with personality. I love a girl that knows how to have a good time and that’s definitely Maria. It just so happens she looks gorgeous as she does it. Spending a little of her holiday downtime with boyfriend Kevin Undergaro and their friend Jonathon Cheban, Maria enjoys tossing a football around on the sand before taking the game to the water. She looks like she’s having a great time and that’s nice to see. I’ve always been a big fan of Maria’s, not just because she’s beautiful but also because she seems to relaxed and laid back. She’s a woman that doesn’t take herself too seriously and I find that incredibly appealing. I’d toss a football around with her anytime. 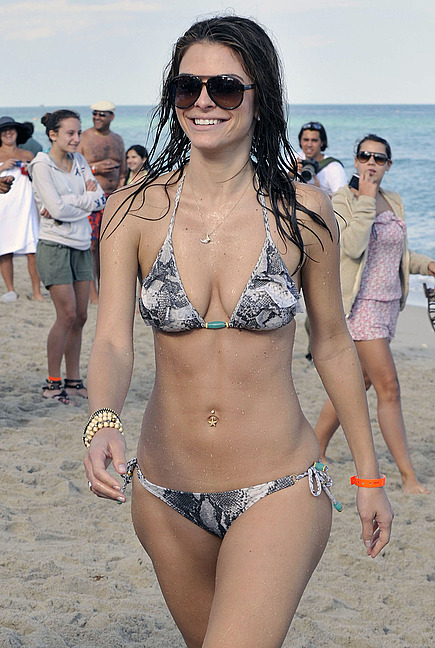