I’d like to preface this by saying I know I’m in the minority on this one. I don’t really like Bridget Marquardt. It’s not that she isn’t pretty and it’s not that she doesn’t have a nice body. Clearly she is and she does, but there’s just something about her that doesn’t sit right with me. It’s not the fact that she dated Hugh Hefner, either. I like Holly Madison and, until “Dancing with the Stars”, I really liked Kendra Wilkinson. I just don’t like Bridget. For that reason, I’m not going to say anything about Bridget possibly gaining weight because I’m not sure if that’s just her body type or if it’s a new development. Either way, the pictures are hot – just not as they could be if someone else was in them. 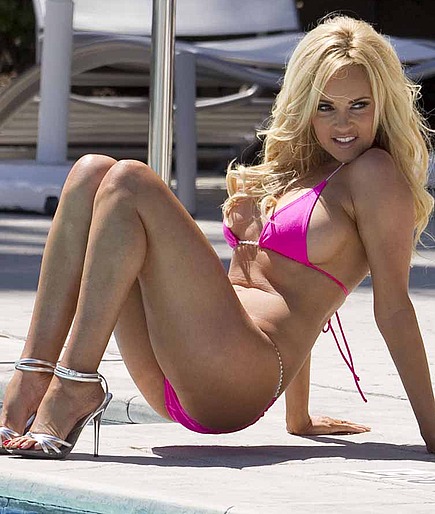