Well just look at Britney Spears. She’s laughing, smiling and having a blast with her new boyfriend and her bangin’ bikini body and who wouldn’t be if they were in her position? It wasn’t long ago that if you heard the name Britney Spears, it was likely being used as the punchline to a joke or in some gossip headline about her newest crazy actions. Now Britney is poised to regain her spot on top of the pop-world and I couldn’t be happier for her. She looks like she’s really pulled herself together. Sure there’s that nasty lawsuit business to worry about – you know, the one where her former employee is suing her for exposing herself and allegedly abusing her kids – but that seems to be the furthest thing from her mind. Hopefully all goes well and Brit-Brit can continue hitting the beach in her bikinis. That was, we all win! 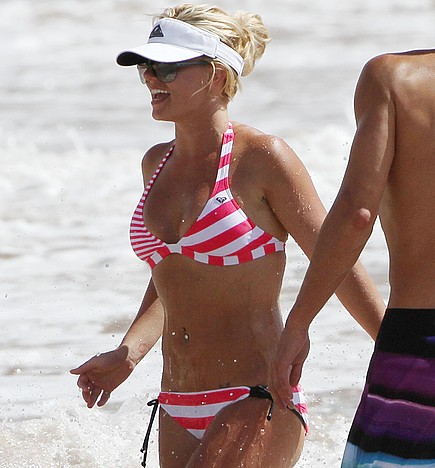