I want to state for the record I am actually a Britney Spears fan, at least in theory. I like some of her songs and I love that she really seems to have turned her life around. Hers is one of the biggest comebacks I recent memory. She might not be back on top but she at least seems to be healthy, her concert tour is doing well and her latest album did better than a lot of people expected it to do. I am rooting for her continued success because I think she’s worked hard to get her head together and I admire that. Okay… now… here’s the thing about these pictures from the United Center in Chicago. She doesn’t really look like Britney Spears to me anymore. She kind of looks like a drag queen doing her Britney Spears act. She still looks beautiful but not like she used to. It’s not Britney’s fault. The hair and the makeup just look… off. She has a great body though and when she isn’t on stage she looks pretty good. Maybe there’s something to that. Poor lighting perhaps? Not sure, but I’m not feeling the look. Sorry Brit-Brit. 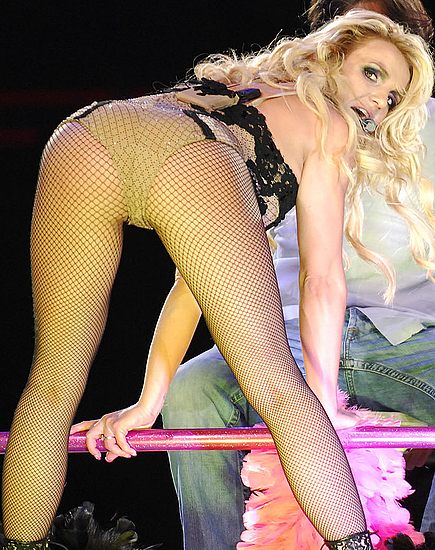