Here’s the thing about me and “Jersey Shore”. I was among the many, many “Jersey Shore” haters before I’d actually watched the show. I think that’s pretty typical honestly. This show gets so much bad press it’s hard to be objective. The exploits of the cast are pretty common knowledge whether you’ve even turned in to a single episode. I doubt I ever would’ve bothered giving the show a chance had I not been asked to write season three episode recaps for another website I write for. I like to be as informed as possible so I checked out the first two seasons before diving into three. To my surprise, I kind of enjoyed the show. It was definitely a guilty pleasure but I found that I was interested in what these crazy kids got up to. There was one real strong point for me – Jennifer “Jwoww” Farley. This is one strong, confident babe. She doesn’t take crap and I respect that. Is she a shining example of morality? No, of course not, but she’s on “Jersey Shore”. No one expects that of her. By the time season four rolled around, I was kind of excited but every guilty pleasure has it’s breaking point and that point came surprisingly early in season four for me. All of the ridiculous drama got old. I got tired of listening to all the fighting. Sammi and Ronnie, Snooki and her man, The Situation and, well, everyone. Nope. Done. Still, we had a good run and my affection for Jwoww lives on. 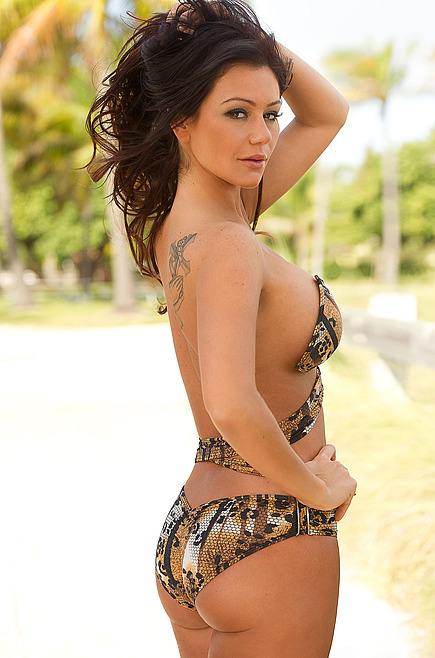