Carmen Electra Is Pretty In Pink.

I’m not sure I’ve mentioned this recently, so just in case I haven’t, I’ll say it again. I freaking love Carmen Electra. She’s sexy, confident and doesn’t really seem to take herself too seriously. I think the last two qualities are really what sets her so far apart from many of the other women who do what Carmen does. She has a killer body and she knows it but she also doesn’t seem too stuck on herself. She doesn’t walk around with an “I’m Carmen Electra and I own you” sort of attitude and that’s so appealing. She kind of reminds me of Jenny McCarthy in that way. I’m sure there are those that disagree with me, but these photos (taken in LA) only serve to reinforce that belief in my mind. She just has such an ease about her and she carries herself so well. It’s nice to see photos like these of her. They’re more casual and give me an idea of what Carmen is like when she’s not in front of the camera. I adore her and it’s always a pleasure to write about her. 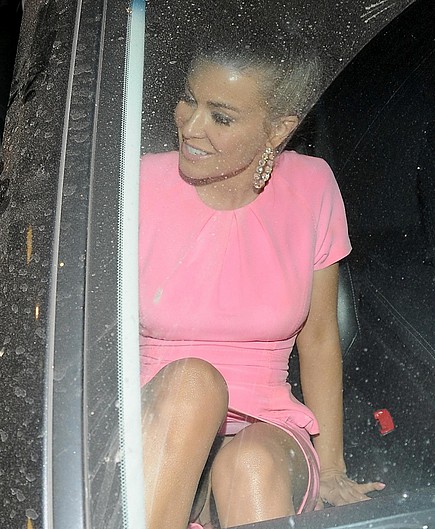